Playing solo is probably the first musical act of about anybody picking up whichever instrument and a bare necessity from the start – where then is the line between practice and play? What is the value of the hours spent woodshedding versus the condensed time of an official “live” outing? How do you find material to use in exchange with others and are you really able to unless you make sense out of the material on your own first? Blablablablabla….Just shut up and focus!

Getting into jazz and improvised music, I had huge difficulties finding people to play it with for years. Trying out stuff on my own was all I could do for a long time and what, finally having found actually quite a lot of people to play with, has, necessarily stuck.

In 2013, I taped a little solo set which I made into a little CD called “This Most Lonely Act Of Love”

Some further ramblings accompanying this CD, penned by youknowwho:

“Drum and percussion improvisations from Cologne, Germany. “This Most Lonely Act Of Love” is a telling title for what is documented on these recordings: Some very timid tries at playing, improvising – a thing, like making love, at which you’d rather have someone else involved with you and that you still find yourself doing incessantly on your own.” 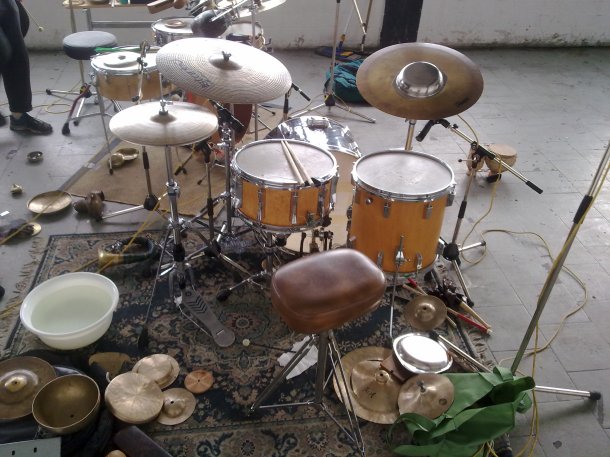